I am suffering from sob constipation. I’m holding so much in, but there’s not a safe place to let it go. I let one tear out today, but I have nowhere to put it entirely. I’ve been wanting to call my sister for weeks and try there, (fat chance) but keep making excuses to not to do it, so I don’t.

I don’t know what is self pity, and what is grief.

I constantly grieve the loss of my family. Sometimes that coagulates into self pity, but mostly it’s a constant stream of grief. There are people who have done stupid things, and their families held onto them, and were there and didn’t let them go. I did NOTHING. I transitioned. And they let me go.

The rest of this is probably only self pity:

At BEST I am in a laundry at the fountain square scenario, one of the girls in their gossip circle, and I have to suffer in silence.

With family all I’m seeing it as, is I’m a thirsty man, but am drinking poison. Is that really any better?

I don’t have any friends to move forwards to instead. There, I am a starving man. With any interaction at all, I can’t handle too much of it. I sip at it. And that water turns sour because of a nonexistent reaction time. I am looking through a rolodex to find something to say or share, and by the time I think of something, it’s too late. If I try to say anything at all, it’s a naked dumbledore move. If I do hit on something, The inability to keep up causes overstimulation and then it crumbles. And if the overstimulation occurs, my hackles are up and I’m useless after that. 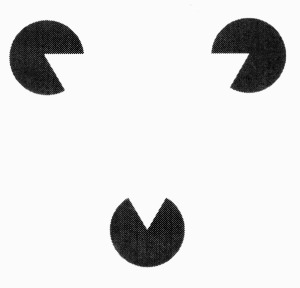 I can recognize what my pac-man sides are, but I don’t know who I am entirely, the triangle. http://www.intropsych.com/ch04_senses/whole_is_other_than_the_sum_of_the_parts.html

I don’t know where to start. I’m queer, I’m trans, I love cooking, I knit, I play guitar, I garden, I love the ocean, and iceskating, and contra dancing.. But those are some my pac-mans. I don’t know what the whole of it is, what I wear on my sleeve, to hopefully find a tribe with other sleeves like mine.

I have been trying to fit in with the queers here. But being queer is for me an ‘Oh P.S, I’m queer’ thing, not an ‘I’m queer!’ thing, if that makes sense. It’s part of my make up, but I’m not front and center about it, nor am I about anything else up there, so I have to figure out what my front and center things are.

I can obviously go into the ‘”I am thoroughly used to being different shades of shadow and not being allowed to be otherwise so that’s the only thing I know how to do’ pity party, but fuck that.

…okay, I am really tempted to do that, actually =D

Obviously I’ve got to allow myself.

I want to figure this shit out. I want to find a tribe, instead of bursting out everything that’s happened during the week to my shrink, because she’s basically the only person I talk to. (I can’t help but see it as some kind of horrifying Wilson, Tom Hanks thing). That doesn’t seem useful shrinkage, at all. A tea party, instead of actually getting down to business. So, I don’t know how, but let’s do this.

1) Cousins see my Steve Rogers side, which lights up a genuine Captain America for them. For them, (and my cat, back at my parents’ house) I feel courage.

For everyone else I know, it’s bravery. They see the sexy uniform and shield, and for them that equals the Capt. The don’t care to see the Steve Rogers behind it.

2) Which is also why hugging them, even touching them, makes me feel disgusting. They are hugging what they want to see, what they think is real, a courage, but because they don’t care to see the Steve Rogers part, my actual courage quails, because they’re touching it, dragging it to light, without bothering to care about it.

Hugging strangers is better than hugging them. Strangers haven’t formed an opinion, whereas family insists on theirs, and fuck mine.

3) The ‘house not being home’ pain used to be ‘not allowed’, but now it’s, I see that I’m allowed (but that’s still hard). but the worst of it is that no one else is there. Friend, family, or lover. All those are different kinds of pain: Friend: regret, shame. Family: a young abandonment. Lover: a bitter self disgust. Plus all three have a wistful, missing them feeling to it.

PS: I got a diagnosis that makes sense, finally. PTSD, and ADD. The ADD is biological, and the PTSD, you know how that goes. I don’t know how to fix it, there isn’t a right answer. I wish I had a mentor, though, an older guy. The past six years I’ve been trying to learn ‘guy’ on my own, and before that, trying to learn ‘human’ on my own. I am a blob of ‘not raised.. at all, really’, and I’ve been having a hell of a time trying to do it alone.

I don’t really believe in that, because I think that ignores other humans on your life path.

But I want to believe in speaking from your heart.

I don’t know how to human. At least the people who know me know this. For a long time, and still, I am just puzzle pieces shoved in a tight drawer. I want to share them with other humans, but don’t know how because they’re all messed up and don’t make a whole and pretty picture, and what comes out is that jarring, a mess of puzzle pieces. I’ve tried to find my people, people who are patient with a jagged and hilly road. I think my people know though that beneath it are doubloons and seashells and feathers.

So I don’t know the rules, and my people are the ones who don’t mind.

I went back to my old college a few days ago, to see old friends. It was on the scooter, so you can imagine That. So the drive was a nightmare, the distance, the potholes, the fact I could only go 40 at best when it was supposed to be 50. And my focus problems. I still think I would do better on a motorcycle though, there’s more to pay attention to. I’ve done that before.

So I saw those friends, and one, who was the bestest friend of all, the magic was just gone. I’ll miss him.

I haven’t spoken to any of them for a long time, but they were there, most of them, and I was glad to see them, scooter be damned.